We love being part of the Rapid City community, which includes getting involved with local charitable organizations, nonprofits, youth sports teams and more. People are doing things all across the Black Hills, and more support is always appreciated. Here are some of they ways we’re giving back, along with information on how you can join the effort! 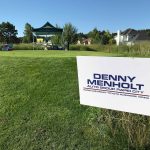 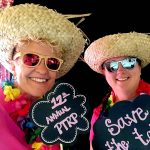 Every year, the golf tournament raises funds for the Image Restoration program at Monument Health’s Cancer Care Institute. For this ladies-only tournament, two-person teams compete on the 18-hole course. Teams are also encouraged to decorate their golf carts; most teams choose a theme that highlights the purpose of the event: fighting breast cancer. Our auto group sponsored the Hole in One competition again this year, as well as a golf team. Hillary Dobbs-Davis and Krista Morrison participated as our team, and had a blast! Great job Monument Health on this fun event, and thanks to all the ladies who help raise money for a great cause! 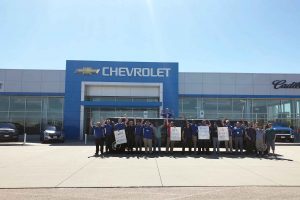 On July 11, we were thrilled to meet Peydon on his Wish Day. Peydon hopes to be a computer programmer one day, so Make-A-Wish South Dakota granted his wish for a shopping spree at Best Buy and Game Stop. He came to Rapid City for a fun weekend with his mom, siblings and cousin. Their trip included a stop at our sister store, Denny Menholt Rapid Chevy, where he was greeted by guests and employees from Chevy, Denny Menholt Toyota and Rushmore Honda. It was so nice to meet you Peydon, and we hope you had an amazing day! 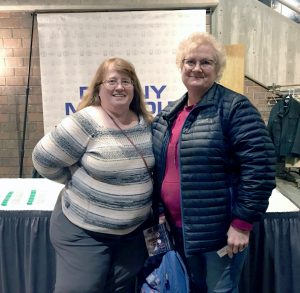 On March 3, we sponsored the Rapid City Concert Association’s Young Irelanders concert, which featured traditional Celtic song and dance. We also hosted a Facebook contest and gave a pair of tickets to Bobbie Jean Jarvinen. It was a great night, and a great show!
Thank you to all of the people who dedicate so much time and energy to make the Black Hills a great place to live!

As our community takes precautions to prevent the spread of the coronavirus (COVID-19), many local community events and gatherings were canceled or postponed in March, including:

We remain committed to helping our community however we can, and appreciate all the local leaders doing what they can to keep everyone safe and healthy. Many people are coming up with creative ways to hold virtual events – like the Black Hills FlyFishers hosting its annual auction entirely online. Way to go! 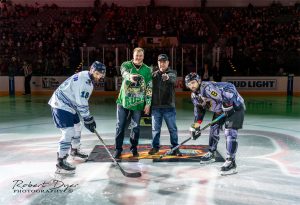 We closed out February with our Denny Menholt Employee Night on Feb. 29 (Leap Day!) at a Rapid City Rush game, and it was a great night! Two of our employees, Rushmore Honda parts consultant Nick Wentz and Collision Center detailer Mike Clifford dropped the puck before the start of the game, which was also the Rush’s “DC Comics Night.” Players from each team wore specialty jerseys representing famous DC Comics characters. The Rush wore Batman jerseys while their opponents, the Tulsa Oilers, sported supervillain Joker jerseys. The Rush won 8-4, ending a fun and exciting evening! Along with our sister stores, Denny Menholt Rapid Chevrolet and Rushmore Honda, we sponsored one of the intermission games. The winner, Stew Mehlhaff, won $750 toward a set of new tires. (To see a video of the game, visit our Facebook page.) Ashley Wetzel also won our drawing for $150 toward PDR work. Congrats, and thanks for playing! The Nemo 500 Outhouse Races were Feb. 29 at Nemo Guest Ranch. This quirky event hosted by the Naja Shrine raises money for the Naja Shrine Kids Transportation Fund. It features the title Outhouse Races, a chili cook-off, prizes, and children’s games! Counts of the Cobblestone Car Club hosted its 21st annual indoor car show Feb. 21-23 at the Rushmore Plaza Civic Center. Every year, proceeds from the Counts Car Show go to help local charities. Check out some of the beauties from this year’s show: 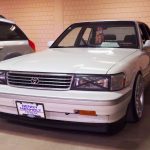 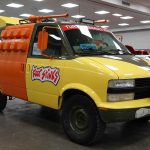 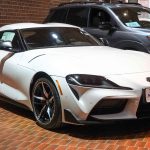 Vitalant hosted the Community Heroes Blood Drive in January, which happens to be National Blood Donor Month. During the drive, 226 people donated 262 units of blood (22 more than the year before)! All Denny Menholt Auto Group employees also donned pink T-shirts as part of Monument Health Foundation’s Tough Enough to Wear Pink project during the stock show. Proceeds from the T-shirt sales go to support the John T. Vucurevich Cancer Care Institute in Rapid City. In the lead-up to the Black Hills Stock Show & Rodeo, we sponsored daily radio updates. Our One Warm Coat Drive concluded on Jan. 3. Through our sales and service departments at all three of our Rapid City stores, we collected 238 toys, winter clothing items and shoes during our 2019 holiday drive. We also awarded $500 to one of our generous donors. The next holiday drive will likely kick off in November.