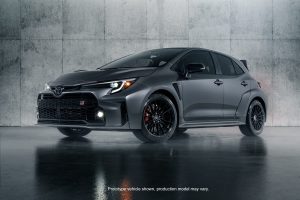 The powerful, stylish and agile hot hatch U.S. drivers are looking for is on its way, the first-ever 2023 GR Corolla. With the detail-obsessed TOYOTA GAZOO Racing team at the helm, and master driver Akio Toyoda, a.k.a. Morizo, signing off on approval, this all-new addition to Toyota’s growing lineup of sports cars brings the performance, handling and functionality that hot hatch fans love. 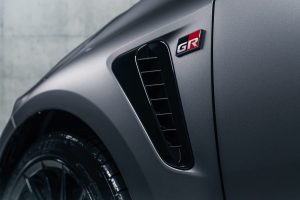 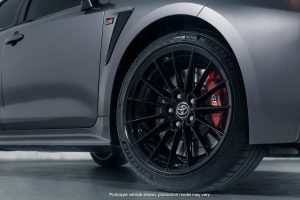 The G16-E engine is paired with Toyota’s rally developed GR-Four All-Wheel-Drive (AWD) drivetrain. This system gives drivers a choice of 60-40, 50-50 or 30-70 power distribution to the front and rear wheels. GR Corolla will be offered exclusively in a manual transmission, staying true to its hands-on rally racing roots. 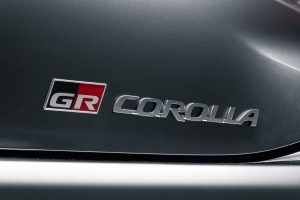 The Core Grade will be available later this year in white, black and Supersonic Red. It will have a color keyed roof with a black rear lip spoiler, GR-Four stamped side rockers and wide-fender flares. On the inside, seating for five will come with fabric sport seats showcasing the GR logo.

The Circuit Edition will be a limited-run model available in 2023. Standard colors are white, Supersonic Red and Heavy Metal with the same GR-Four stamped side rockers and wide fenders as the Core. It adds a forged carbon fiber roof, vented bulge hood and a sporty rear spoiler, Brin Naub suede-trimmed sport seats with red accents and a launch-year-exclusive Morizo signed shift knob. 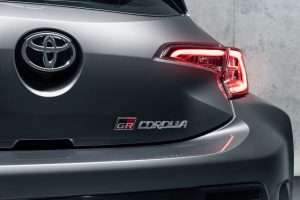 Pricing will be announced later this year.