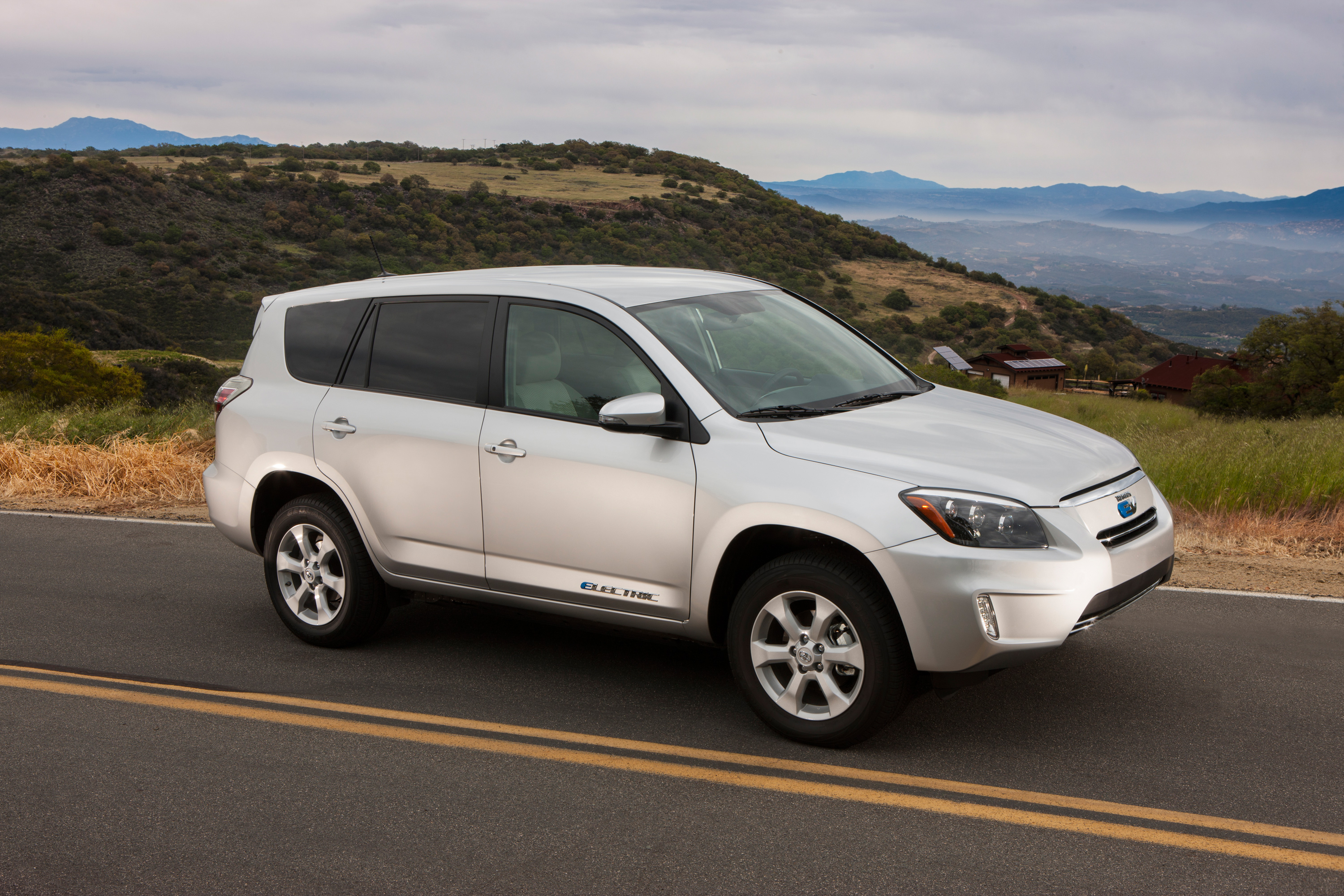 Coming to a select number of Toyota stores in California later this summer, the RAV4 EV has an approximate driving range of 100 miles. It charges in about 6 hours with the use of a 120V/40A battery charger. It’s an all-electric SUV in which the driving performance and load capacity is equal to and exceeds in some areas when compared to its gas powered counterpart, the RAV4 V6.

This creation is the result of a collaboration between Tesla Motors and the Toyota Motor Corporation. The design team has focused on producing an electric vehicle with remote charging capabilities, advanced interactive displays and aerodynamic styling for the most enduring EPA estimated driving range rating of any non-luxury EV. This SUV also achieves 0-60 MPH in seven seconds.

With the contribution of Tesla’s technology savvy and Toyota’s design, engineering and production mastery, the RAV4 EV is a powerful addition to the Toyota inventory which was developed in just twenty two months.