What you need to know about all-wheel drive Toyotas

Home / Articles • Toyota News / What you need to know about al … 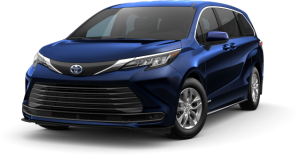 Look, we know the road conditions around the Black Hills can get a little rough. Whether its snow, sleet, hail, or just your daily commute down a gravel road, more people want the added reliability and safety of an all-wheel drive vehicle. We are happy to oblige with Toyota’s full lineup of all-wheel drive trucks, SUVs and yes, even cars. Visit us at Denny Menholt Toyota, 1920 E. Mall Drive in Rapid City, and we’ll help you find the Toyota AWD best suited for you.

In recent years, market demand for all-wheel drive passenger vehicles has increased, which is one of the reasons Toyota expanded its AWD vehicles to include the Camry and its flagship sedan, the Avalon.

According to Toyota.com, vehicles with all-wheel drive deliver intuitive handling paired with assistance driving in variable road conditions. From versatile SUVs to plug-in hybrids, you can find the Toyota AWD vehicle ready to handle the gnarliest trails or even just the next family road trip. Inviting interiors boast tech options like multiple USB ports, so you don’t have to sacrifice superior comfort and convenience for AWD performance.

Toyota AWD models use four types of systems, each of which uses technology to automatically detect when it is needed.

The Dynamic Torque-Control is used on sedans and smaller SUVs: the Toyota Avalon XLE, Avalon XLE Limited; Camry LE, Camry SE, Camry XLE, and Camry XSE; RAV4 LE, RAV4 XLE, and RAV4 XLE Premium. It uses electromagnetic coupling ahead of the rear differential to engage and disengage the AWD system for the rear wheels. When the sensors detect that a tire is slipping or spinning, it applies the brakes to that tire. When you’re driving in slippery or poor road conditions, this gives you better all-around traction and stability. Once the sensors no longer detect the rear wheels spinning (sometimes called wheelspin), the coupling disengages to preserve your fuel economy.

Dynamic Torque Vectoring AWD with Driveline Disconnect is more common on larger SUVs and trucks: RAV4 TRD Off-Road, RAV4 Adventure, and RAV4 Limited; Toyota Highlander Limited, and Highlander Platinum. This AWD system uses multiple dog-clutch gears to engage the AWD system behind the transmission, ahead of the rear differential, and each rear tire. This allows the dog clutch to split the torque between wheels, or apply all of it to either rear wheel. That again means better traction and stability, and more power than the Dynamic Torque Vectoring AWD system. The dog clutches also allow the driveshaft to completely disengage when AWD is not running.

Electronic On-Demand AWD and AWDe are used on some Toyota hybrid vehicles. The AWD is found on RAV4 Hybrid and Highlander Hybrid, and AWDe can be found on the Prius. This system replaces drive shafts with electric-motor generators for the rear tires. There is no mechanical connection between the front and rear wheels. When the rear wheels don’t need more traction, those motors shut off. When the rear tires do need more traction, the rear tire motors turn on and distribute power to each tire as determined by the sensor. AWDe is designed to give the best fuel economy. It works mostly the same as the Electronic On-Demand AWD system. Instead of electric motors, the rear motors are induction motors. They only work at speeds under 43 mph to protect the motors from burning out. The AWDe system is engaged up to 6 mph while the vehicle accelerates. If the system senses that traction is needed above 6 mph, it will stay engaged until 43 mph. Otherwise, the AWD system will disengage if no traction is needed.

What’s the difference between AWD and 4WD? Glad you asked. Here are the biggest differences:

Similar to AWD, this system sends torque to every wheel to increase traction when needed with either full-time or part-time systems. However, this system requires the driver to physically switch on 4WD via either an electric switch or a floor-mounted mechanical lever.

4WD and AWD aren’t magic. While they can greatly improve traction and stability in snow and ice (and other conditions), your vehicle can still spin out or lose traction when you’re driving in poor conditions.

Road conditions can change quickly in the winter here in the Black Hills. Toyota AWD cars and SUVs can sense those kinds of changes and automatically distribute power to what wheel needs it most. Since AWD is automatic, it can usually engage faster than 4WD.

On the other hand, Toyota 4WD vehicles can handle heavier and deeper snow than an AWD. That makes them better equipped for snowdrifts, icy inclines and unplowed roads.

Explore our Toyota AWD cars, SUVs, trucks, and minivans below:

These SUVs and trucks all have 4WD as an option:

Want to take one of these AWD or 4WD Toyotas for a spin? Come see us at 1920 E. Mall Drive in Rapid City, and we’ll help you find the right Toyota for your lifestyle. Not ready to stop in? No problem! Give us a call at 605-342-2490, or browse our monthly specials online.